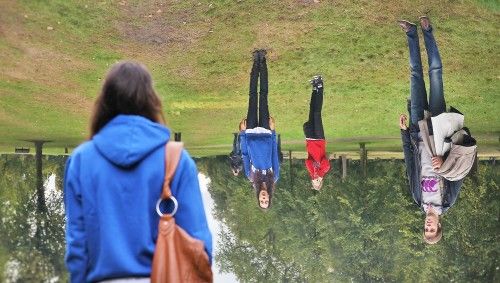 LONDON, ENGLAND – SEPTEMBER 27: Visitors to Kensington Gardens are reflected in Anish Kapoor’s sculpture ‘C-Curve 2007’ on September 27, 2010 in London, England. Four works are being displayed in the park in an exhibition entitled ‘Turing the World Upside Down’ and will be open to the public from September 28, 2010 to March 13, 2011. (Photo by Peter Macdiarmid/Getty Images)